Libby Lane, the first woman bishop in the Church of England, was consecrated on 26 January. You can watch highlights of the service from York Minster on the BBC website.

Junior Church now has a new group for families with children from birth to six years in addition to the regular group for school-age children. ‘Family Sing and Pray' is for children with a parent or caregiver and takes place during the Sunday service in the school near the church. Through developmentally appropriate activities, music and movement, Junior Church leaders introduce beginning scriptural concepts and prayer in a way that is fun for the children and encourages family bonding and fellowship. At the end of the lesson we return to the Church to join in communion with the congregation. Please come join us with your little ones! 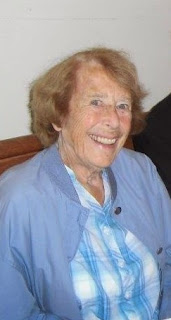 The next issue of Becket News is due to be published at the end of January/beginning of February. What events are you planning for the next quarter? How are your activities and groups progressing? Is there anything you'd like to promote or share? Your Becket News editor would like to know. Photographs are great, too, preferably accompanied by an informative caption or a longer article.

PLEASE send your articles, event news, reports on activities and information by Friday 16 January at the latest to becketnews (at) aol.com.

On Sunday 8 February, the Sunday after Candlemas, STB's own chamber choir, the Anglican Consort, will be singing choral evensong at 5pm. The music will include Thomas Tallis's beautiful anthem, O nata lux, canticles by Orlando Gibbons, and the anthem Lord now lettest thou by Mendelssohn. You can find details of all four choral evensongs planned for 2015 here.

Due to the storm, the Church Wanderers walk for tomorrow, Saturday 10 January, has been cancelled.

Oliver Martinez, alias “Elvis”, is back at St Thomas Becket by popular request on Thursday, 8 January 2015 for a fun evening of songs to celebrate Elvis Presley's 80th birthday. Doors open at 7.30pm and the concert begins at 8pm (no reserved seating). There is no admission charge, but a collection in aid of the church will be taken up during the evening. Download the flier here.